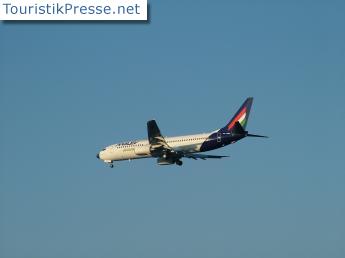 
Malév serves around 60 destinations in 35 countries, mainly in Europe. Its Budapest hub will become oneworld’s primary gateway to Central and Eastern

Europe. Malév adds ten cities to the oneworld network, all of them in Central and Eastern Europe, and two countries – Montenegro and the Republic of Macedonia.With some 3,000 staff, Malev carried more than 3 million passengers in 2006. Its fleet comprises some 30 aircraft, with an average age of just five years old. It earned revenues last year of US$690 million.

It was recently named Best Airline in East Europe by North American magazine Global Traveler and has been voted Best Airline of the Year for the past three years running by travel agents, business people and other travellers in a poll by Hungary’s Az Utazo (The Traveller) magazine.